Mendip Cave Rescue were called by Avon and Somerset Police via SARCALL at 11:38 on 19th September 2019 to assist Avon & Somerset Search and Rescue with a search on Ebbor Gorge for a high risk missing person whose car had been found at the Ebbor Gorge car park. Ebbor Gorge contains a number of small, short caves where it would be possible to be out of sight of a surface search, so MCR were tasked with searching the underground sites within the gorge. Three MCR wardens plus a local expert met at the gorge at 12:20 and systematically searched all the viable underground sites without finding the missing person, and so closed the underground search at 17:02.

Note that Avon & Somerset Search and Rescue resumed the surface search of Ebbor Gorge on a second day, and unfortunately located the body of the missing person. Mendip Cave Rescue sends our condolences to the family and friends of the deceased.

Mendip Cave Rescue were called by Avon and Somerset Police via SARCALL at 12:20 on 21st August 2019 for an incident in Wookey Hole Caves in Wookey Hole. A female visitor in her mid 30s, had slipped and fallen during the show cave tour and landed on hip/shoulders and was complaining of neck pain. She couldn’t move and was feeling very cold in chamber 2 of the showcave. South Western Ambulance Service and HART were also called, although the HART team were stood down when MCR arrived. 4 wardens attended along with ambulance service and stabilised the casualty before transferring her to a stretcher and carrying to the entrance and handing over to the ambulance service. The incident was closed at 13:47 with the casualty safely in an ambulance.

Mendip Cave Rescue received a message from Wiltshire Police at 17:30 on Wednesday 20th February, regarding an incident involving a lost dog near Box Stone Mines. A Jack Russell terrier had apparently entered a small hole more than a day earlier and could be heard barking, but efforts to extract him had so far failed. Four local cavers met at Quarry Hill, Box at 18:15 as Dorset & Wiltshire Fire Service were departing. The Jack Russell (called "Patch") could be heard intermittently through a small hole clogged with leaf litter at the base of a rock outcrop. On inspection of the site it was decided that Patch did not get into the hole that way, so a search for an alternative way in was undertaken. A small, very old, low entry on the south side of the outcrop seemed most likely, so one caver crawled in calling to Patch, and coaxed him towards the entrance. A couple of minutes later Patch appeared on the surface for a slightly tearful reunion with his owners. Patch appeared uninjured and none the worse for its stay underground, and the incident was closed at 19:03. 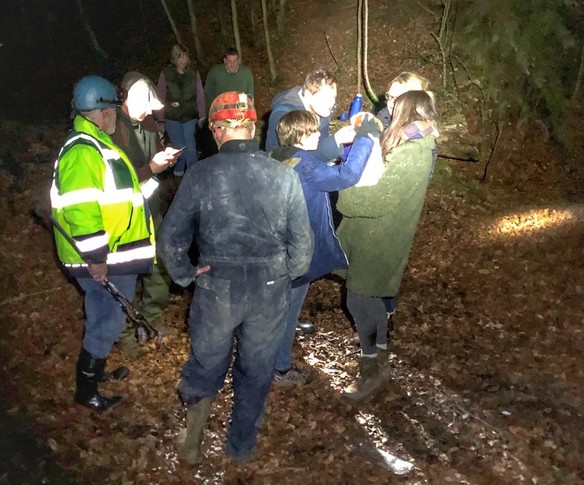 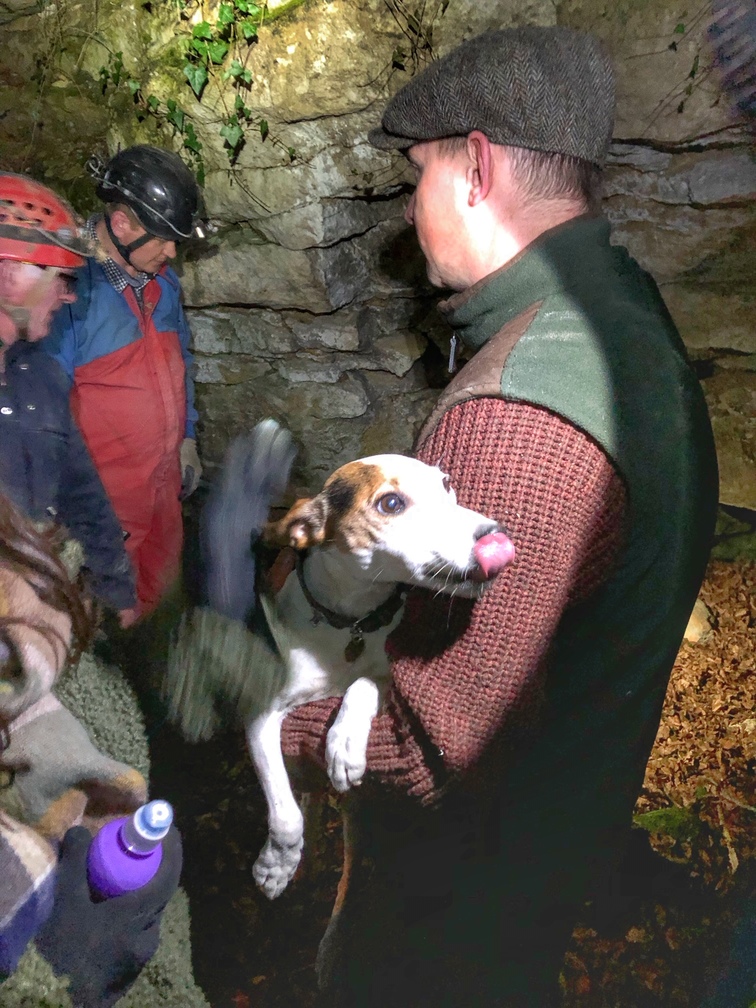 Mendip Cave Rescue received a SARCALL message from Avon and Somerset Police at 18:24 on Sunday 2nd September 2018, on behalf of their colleagues from Wiltshire Police (who don't currently use SARCALL) for an incident at Box Stone Mines. Two people had entered the mines but were unable to retrace their route to the entrance, and instead found their way to the nearby Lady Hamiltons entrance that was gated preventing their exit. They were, however, able to get a mobile phone signal from within the mine to call for assistance. Two experienced local cavers who know the area well were able to attend the scene and quickly escort the pair to the surface. Mendip Cave Rescue were supported by Dorset & Wiltshire Fire Service, and the incident was closed at 19:31 with everyone safely back on the surface.

Mendip Cave Rescue were called by Avon and Somerset Police at 21:28 on Tuesday 19th June 2018 for an incident in Goatchurch Cavern in Burrington Combe. A party of two had entered the cave via the Main entrance, and then attempted to exit the cave via the alternative Tradesmen’s entrance. Due to the polished nature of the rock they found that they were unable climb out, but managed to raise the alarm to their friends outside, who in turn called the Police for assistance. Mendip Cave Rescue attended, with two Wardens entering the cave and providing a handline and lifeline to assist with the climb. Mendip Cave Rescue were supported by Avon Fire and Rescue and South West Ambulance HART team, and the incident was closed at 22:39 with everyone safely back on the surface.